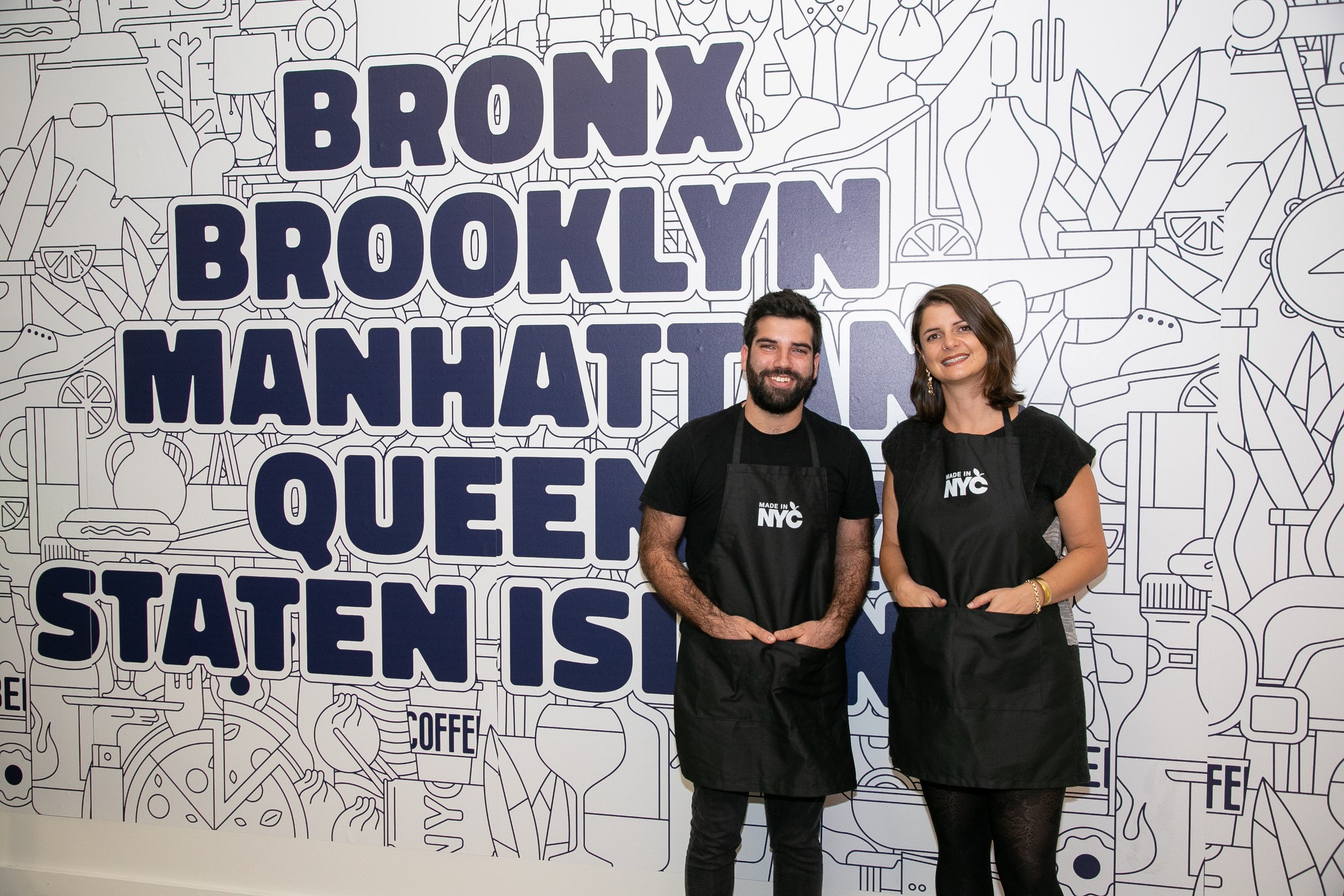 Spacesuits, pianos, terrariums, and clothing for difficult-to-fit dog breeds are all being made in right here New York City. Made in NYC Week 2019 was from October 3 to 18, and celebrated New York City’s vibrant manufacturing community through studio and factory tours, panel discussions, marketplace takeovers, and the first-ever Made in NYC Pop-Up.
Over 80 Made in NYC members participated in 20 events and programs spread out across 17 days. Made in NYC Week events were held across the five boroughs, including member takeovers at 7 local markets in Brooklyn, Manhattan, and Staten Island. We estimate that 11,000+ New Yorkers attended Made in NYC Week programming.
Photography by Constance Faulk

On Friday, October 11th, the Made in NYC Pop-Up launched with an opening party in its temporary home at 323 Canal Street in Manhattan. The event’s attendees included Pratt Institute President Frances Bronet, Manhattan Borough President Gale Brewer, and representatives from Council Member Antonio Reynoso’s office as well as numerous Made in NYC manufacturers. The week’s sponsors, the New York City Economic Development Corporation (NYCEDC), the Brooklyn Navy Yard, and others also joined the celebration.

“No matter where we are in the five boroughs, the talent, the energy, the commitment, the excitement, the edginess, the way that the city operates, is only great when it’s made in New York City” Brewer said in her remarks. She cited the Pratt Center’s advocacy in protecting the Garment District in Manhattan as an example of supporting that vitality.

During its 6 days of operation, the Pop-Up hosted over 1,500 guests. Visitors were met with an exquisite arrangement of Made in NYC products: coffee from Cantave de Saint Marc, complimentary beer provided by The Bronx Brewery, and free food tastings. The Pop-Up also served as an event space where essential and inspiring conversations regarding the Intersections of Fashion, Sustainability, Equity, and Technology were led by Made in NYC members.

All ages were welcome to make their mark on Made in NYC’s giant coloring wall, as well as join in Kid’s Day complete with free workshops held by the NY Hall of Science and Teknikio.

Check out Pratt Institute’s recap of the full week here.

Made in NYC Celebrates Earth Month 2022

The Meditation Incubator returns April 30 / May 1

Announcing Made in NYC Week 2021